Turning imagination into reality one race at a time. Home to one of the greatest offline racing series of all time.

Well, here we go. I mean, I may not be aloud posting this but I since I'm pretty active on forums I should be able to update this on a daily basis. Hence why I'm posting it in the first place, here are the parttime rides I have so far...

Red Bull Racing
They announced that they'll be hosting 1 parttime car like fellow fulltime team Blue Flare Motorsports. They claim the driver that will be piloting the ride is Zachary Fitzwater although most speculated he was gonna drive the ARC car.
#8 Red Bull Toyota, Driver: Zachary Fitzwater

Finguy-Pystomi-Nintendo Motorsports
After discovering Finguy was forced to pull a Andreas Allen due to profits and stuff Kyle Shock Jr. is forced into the FPNM parttime car so Jeffrey Finguy can make his grand re-entry!
#62 ????, Driver: Kyle Shock Jr

Hardcore Motorsports
This team coming out of Tennessee replacing their rivals Mickey Mouse Motorsports will be looking to make their debut under the SCS banner... With one car!
#0 Ikea Chevy, Driver: Ehtisham Phadkar

FedEX Racing
A team that wasn't used properly in the AES is coming down here to make their debut under the SCS label. They will be attempting 1 cars, neither driver has been decided although Jason Williams is a big one to them...
#11 FedEX Freight Toyota, Driver: Jason Williams

Wood Brothers
They're hear, a team that deserves to be here signed up for their first season. Who will the driver be? Steven Jenkins possibly.
#21 Ford Motorcraft, SKF, Snap-On, Good Sam Ford, Driver:?????

Jason Williams. Jackson's lil brother. He's dominated on dirt so far... can he transfer to stock? 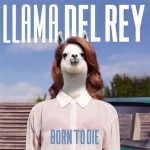 Pericles Looking for an Opportunity

Damn, would've expected a few more parttime rides by now. But whatever I guess.
I actually asked Noah if Cloud 9 Racing was returning as they didn't get a chance last season. I hope they do come back!

If you guys can't tell for some unknown reason I really want to see Cloud9 Racing on the roster. Mainly cause their team name makes them sound like such a good team and that makes me seem potential in them. So, I added them to the roster until I get the final message on whether they'll be competing.

MIR adds second parttime car
They have been debating this for a while, but have decided they'd add a second car. This car will be the #54 Maker Studios Chevy. Dirt-road racing legends Randy McBlair and Samantha McBlair helped majorly with the funding of this car. By giving them some spare parts they had lying around in the McBlair Bunch shop and letting MIR have their contract with Maker Studios.

MIR offers Pericles contract
Although his free agency potential has gone down extraordinarily due to his anger management problems at the beginning of the season. But he is still a great driver and Music Industry Racing would like to offer him a contract to their #54 Maker Studios machine.

Pericles Considers MIR Offer
Pericles Is going to wait till October before making the Final Decision, although it is looking to be a yes from the Haitian-Greek Driver.

Pericles you are a fast driver, you should focus more on a full-time ride until those are all gone. These part time rides are only for drivers who don't make the full time list. You won at Ohio this season and have been giving MDR better finishes and closer at a chance at winning. You got a chance at getting a full-time ride.

FUELTheBandicoot wrote:Pericles you are a fast driver, you should focus more on a full-time ride until those are all gone. These part time rides are only for drivers who don't make the full time list. You won at Ohio this season and have been giving MDR better finishes and closer at a chance at winning. You got a chance at getting a full-time ride.

I agree with you, it's just nobody wants him cause of what he did at the beginning of the season.
I would've totally signed him but I made a promise to myself I wouldn't sign Pericles to another one of my teams. I think Athenian would be a good fit for him, but that's up to the owner.

, I was actually thinking about Athenian. but Titan is really wanting the MIR #54...

No one likes Jason

Well, it's not that nobody likes Jason.
We've just never heard of him or seen him compete. I mean, the most I can really sign you up for right now is Cloud9 because the other teams are probably searching for more known drivers. If you want a ride in Cloud9 tell me and I'll ask the owner.

New team to the parttime circuit!

A new team under the name Hardcore Motorsports is making their debut under the SCS banner as a parttime team. They'll be racing two cars with the same sponsor for both!

Another new team to the parttime circuit

And, just trying things out around here the previous AES American 700 team will be having a shot over here. Owner stated "Kenny didn't use us properly, just one time and then thrown out the window. So we will be trying are strengths over here"

I accept the team offer for Ricky Johnson to drive part-time in the number 51 Blue Flare Motorsports in the 2016 SCS season. Thank you for the oppertunity Kyle. And I will take all your suggestions into consideration.

Ehtisham Phadkar looking for a part-time ride in the SCS. Possibly FedEx or Hardcore? Phadkar is the first Pakistani driver noted to be under free agency for a major stock car series. He did very well in his first and only season of ARCSOA Lights. He wishes to bring his talents to the part-time circuit.

OCC: Will there be a part-time championship?

Max Titan Accepts and is eager to drive for MIR.

FPNM announces re-arrangements. The team will have Kyle Shock Jr. in a Part-Time ride in 2016.

Now in the number 29, will be this Part-Time ride.

Finnish909 wrote:FPNM announces re-arrangements. The team will have Kyle Shock Jr. in a Part-Time ride in 2016.

MrKyleBusch1 wrote:Red Bull will be putting in a Part Time car for Zachary Fitzwater

Guys, this might make me sound like Captain Obvious but you need numbers for your parttime cars...

Jason Williams has annouced that he will drive the number 11 for Fedex Racing in 2016. Once he recieved the contract offer he broke out into the Macarena and backflips.

Who made MY FedEx Racing team? Also no more part-time rides we have enough.

Mr.YAMP wrote:Who made MY FedEx Racing team? Also no more part-time rides we have enough.

Yeah, that's what I was thinking too. I would've allowed one more one-car team but that would've been it.

To answer a question from earlier there is no Part-Time championship.
And I'm adding one team since they deserve to be in this series
Wood Brother
#21 Ford Motorcraft, SKF, Snap-On, Good Sam Ford, Driver:?????