Turning imagination into reality one race at a time. Home to one of the greatest offline racing series of all time.

A championship contenders dreams ends 11 races early.. Championship bids will be tested. Drivers will be put to the test if they can handle the pressure what this championship hunt is going to cause. Some will over come. Some will falter. Darlington gives us an insight on what it's like to handle this kind of pressure. Darlington was a big race for this race for the championship and you will see how important this race was. It put some to the test to see if they can over come controversy to keep their title bids alive. Some could do it, some couldn't. Saturday at 6 will mark a big day for the SCS so far for 2015. Get ready!!

Catch it live tonight at 6pm!

Fisher Motorsports drivers Maalik Nevins and Jordan Fisher talking to their crew chief's about race stretegy. Fisher hoping for nothing but a top ten this race and will be a little bit more aggressive. The team worked on the car all weekend and is ready to go!

Out of all things this season. Jeffery Finguy is making his return soon in a few rounds. But he's now just a spectator. And saying that, "I'm real. I'm here, and I'm going to retire until I get more than 10 wins. You're not going to get rid of me yet."

Pericles:" I really wanted to see Luca's Darlington ability...I would be happy with that. I could see this kid is going to be greater then Syron." *WHO By The Way...Came up out of No where and was the most popular person in ARCSOA...how? Who the Fuck knows! I sure don't!*


Before the raceweekend, inspection went underway for the cars just before practice and Luke Martin's #6 Silver Bullet Ford failed testing with an improper engine under the hood of the car. Similar to what happened at Indy with Charles Sandfer and Yamp Motorsports...Coorweiser Racing claimed they were pushing the boundaries with the chassis and engine on the car in trying to get the most out of the tunes as possible without going over that line and apologized for having stepped over that line but didn't apologize for trying there best to make a car the very best on the grid without going over.

After inspection it was saw that Coorweiser Racing's #6 Ford was just a small fraction over the line for how big the engine could be. "If you were to turn a penny sideways and look at the width of it, it wasn't even just that much bigger. We pushed the boundaries on it and we messed up" said Martin.

The Sony Cup Series officials did not take away points from Luke Martin, however Luke's crew chief was put on suspension for 10 races and the #6 team was put on probation for the rest of the season compared to Charles Sandfer not having a probation but a point penalty.


Sony Cup Series made Coorweiser Racing change the engine under the hood, missing majority of practice. Luke Martin did get to run much laps in practice with the new engine placing 13th fastest. However, the SCS Officials did not allow Luke Martin's #6 car qualify. Sony Cup Series Officials is making Luke Martin start 42nd tonight as part of their "punishment/penalty" so to speak.

Had a great car got the pole but didn't finish where we should have 25th... and 5th in points

Shultz: "Well, I have to thank Monster Energy Racing for the amazing car. Got my first lap lead which is a huge accomplishment, I'm definitely improving. Sucks I won't be racing fulltime but I may be able to get MIR some good finsihes for the races they race."

Freeman: "Well, couldn't think of a better way to send Charles Jackson off then a top 10 finish. We wish you the best of luck in your racing future, but now it's time to move on and it'll be better for both us. Tauger keeping up his consistency got a 22nd, still not that comeback win we're looking for but hopefully that is coming!"

Pericles:" Turner with the back to back races, nice job dude! Good run for the #31 machine but we need a win. I'm trying to rack-up owner points for next season."

"Can't say enough about our team and how tonight went. I had to show a lot of patience throughout the race, and just focus on racing the race track. Then the opportunities fell for us just right and were able to take the lead from Sandfer at the right time. This win is for all the women we know who have battled with breast cancer, especially my mom, who is a survivor. Hope to keep our pink cars run awesome this month."

Pericles:" I have some regrets, but what the hell did that have to do with Coorwiser? I'm trying to get my team into a better performance position..not take down Coorwiser..Although it did bring back some memories when I looked at that #11."

Definitely a tank slapper there at the beginning of the race but came back from 30th to 11th. Even though that looks good, we cannot afford something like that from happening. I love staying consistent like we have been doing but the last two races have really tested us.

Pericles:" If anything, you deserve the championship, you have proved to be the best driver all year long."

@Baskinger the description I made to start this discussion about championship bids put to the test, you and Luke Martin really made a statement tonight.

@Baskinger Even if the Blue Oval can be...
Least if it stays like this, least they'll have a legit champion.
*Cough*LookingAtCrewChiefs*Cough*

Kurtis: "Pretty happy with the run today, we were pretty fast, and we've had some speed lately. I'd like to thank CBM, we've definitely shown how fast were are lately." 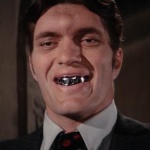 Syron: "Started from the back and got a top 15, amazing performance."

Bishop Jr = Well, the car was perfect today. I also got the achievement of highest finishing Coorweiser driver which is great for me. Proves my run at Indy wasn't a fluke!

OCC: Noah, on the points standings you have it put that Bradley has only raced 1 race. He raced 2 which were Indy and Darlington and in Indy he got a top 10 as well.

Pericles:" No offense Jr. but One run can't prove anything, I learned that myself. I hope you can win with the 11 One more Time this season. So we can be the first to have 2 Different drivers Win with one car. I'll see you on the track."

^Saids the person that lost the ride he was racing in.

Finguy: "...Nick... I was 'dead'. Anything could happen. But now I'm not jumping into that boat with a team that made the mistake. I'm just now happy the SCS had cleared my licence so..."

Pericles:" Did I say something Baskinger? I wanted Bishop to Run well and Race Great and become a legend..not pull an Allen. So I don't know why you are trying to aggregate me."